Some of the sites that attract tourists in the capital of Britain are hundreds of years old, if not more – The Tower of London, located on the north bank of the River Thames in central London has been built in several stages between 1078 and 1399. However, a city that attracts visitors from all over the world and maintains its status as a major financial and cultural center needs to reinvent itself all the time in order to stay relevant, and this is what London has managed to do with the upcoming of the 21st century. In this article we will present you the newest attractions in London, which have managed to integrate perfectly amidst older buildings.

The London Eye has opened on 31 December 1999, without passengers, and was completed in March 2000. It was formally opened by Prime Minister Tony Blair on the last day of 1999, but it became available to the public three months later because of a capsule clutch problem.

It cost £70 million and is owned by Merlin Entertainments. There were multiple design and construction experts behind this project: architects Frank Anatole, Nic Bailey, Steve Chilton, Malcolm Cook, Mark Sparrowhawk, and the team formed by spouses Julia Barfield and David Marks. The London Eye resembles a huge bicycle wheel and its components were manufactures in multiple European countries: the steel was supplied by the UK and fabricated in Denmark, the cables originated from Italy, bearings were supplied by Germany, the Czech Republic provided the spindle and hub, and the capsules were manufactured in France.

The new attraction was not rejected because of its modernity and everyone saw it as a great addition to the city. The Eye was described as follows in an article by Steven Rose from August 2007, published in G2:

“The Eye… exists in a category of its own…. It essentially has to fulfil only one function, and what a brilliantly inessential function it is: to lift people up from the ground, take them round a giant loop in the sky, then put them back down where they started. That is all it needs to do, and thankfully, that is all it does.”

Fun fact: 5,000 couples have proposed on the London Eye. 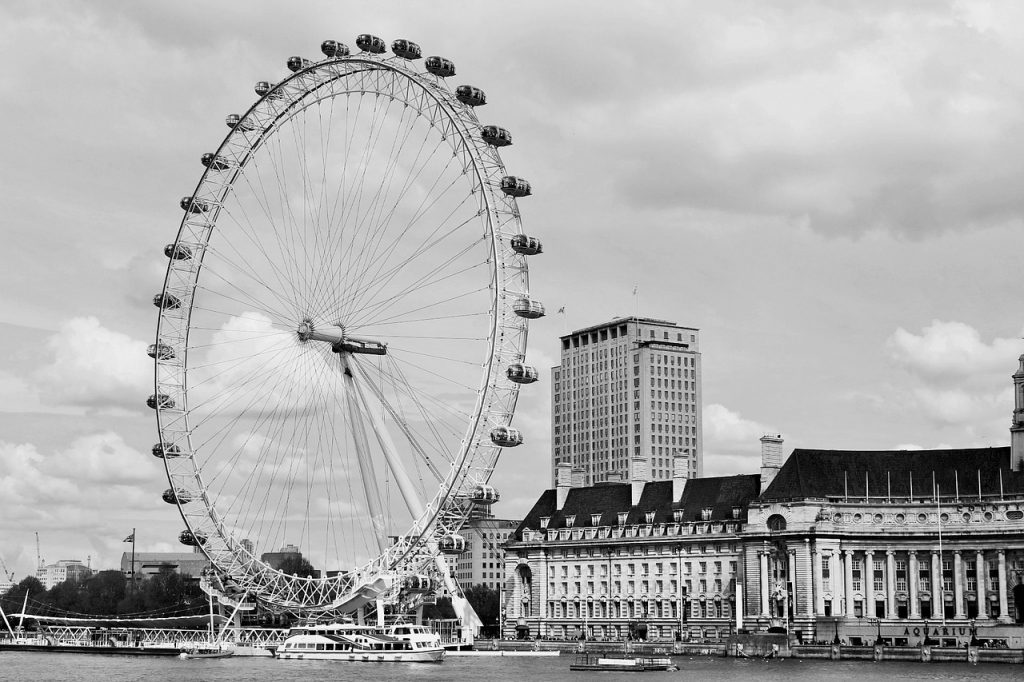 Another structure built to celebrate the beginning of a new millennium is The Millennium Bridge, a steel suspension bridge for pedestrians crossing the River Thames and linking Bankside with the City of London.

Construction began in 1998 and the bridge initially opened in June 2000. Immediately after opening, pedestrians observed a swaying motion, which caused the bridge to be closed later on opening day. The bridge was closed for almost two years and during this period modifications were made to solve the motion problem. The Bridge reopened in 2002.

The bridge has a total length of 325 meters and a width of 4 meters. Tourists and Londoners seems to have passed over the resonance problem, and nowadays the structure is widely appreciated for its modern architecture, great view down the Thames without needing to hear the noise of traffic, and the hidden art on the floor.

Fun fact: The Millennium Bridge was the first new bridge to be built over the Thames in London for more than 100 years. In order to build a new bridge in London, an Act of Parliament needs to be passed, but this was avoided by obtaining a license for the structure form the Port of London Authority and planning permissions from the City of London and London Borough of Southwark. 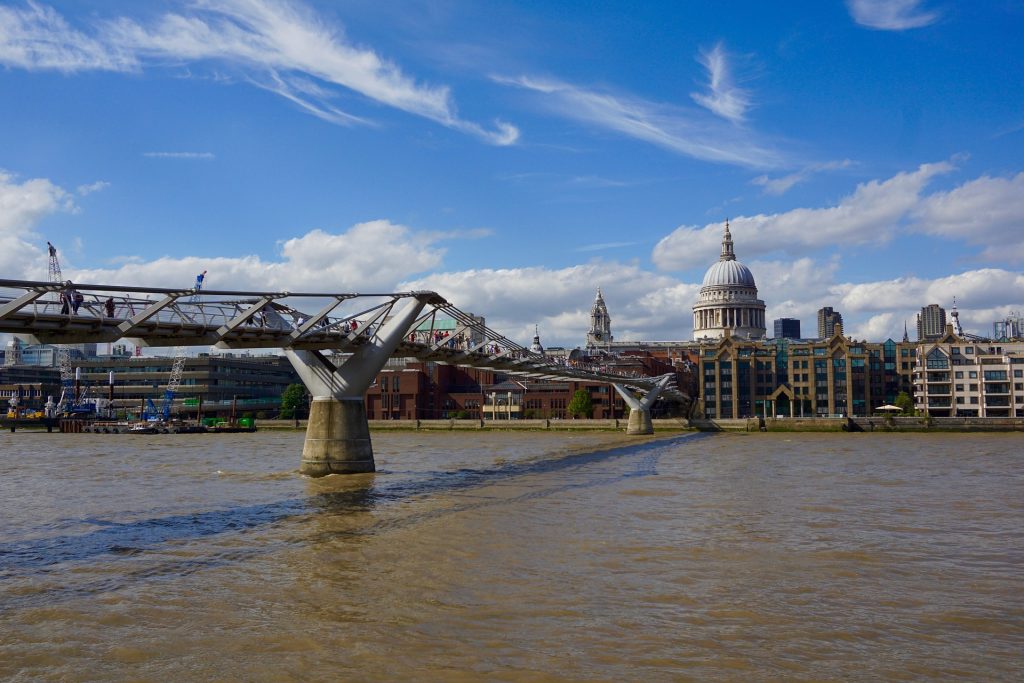 In order to get to the Millennium Bridge, pedestrians had to surmount a steep slope of Peter’s Hill – so in December 2003 a funicular known as the Millennium Inclinator was open to make the climb easier. This less usual means of transport was developed for people with disabilities and parents with push chairs. The objective underwent a major renovation project in 2012, and it was reopen in time to be used by people attending the Thames Diamond Jubilee Pageant in June 2012, just a month before the Olympic Games.

Fun fact: The Millennium Bridge Inclined Lift has only one car, which classifies it as a special version of the funicular called an inclined lift or inclined elevator. 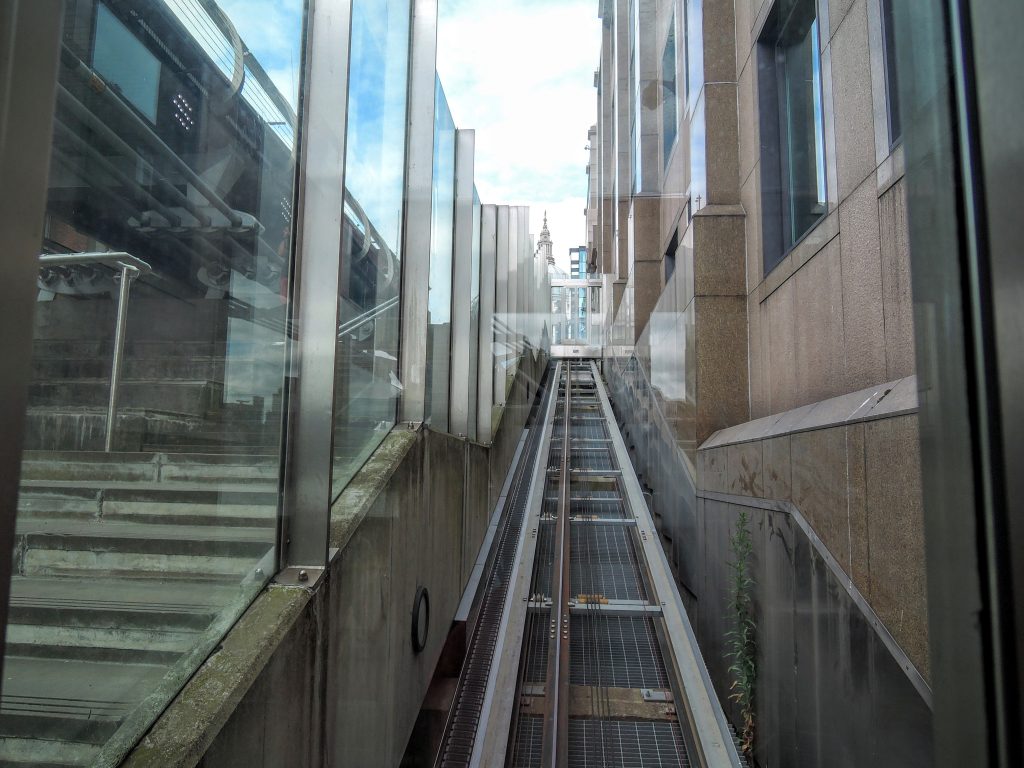 Most times referred to as The Dome, The Millennium Dome is a large dome-shaped building whose original purpose was to house the Millennium Experience, an exhibition celebrating the beginning of the third millennium. The exhibition was open from 1 January to 31 December 2000. Controversy surrounded the project, as it had multiple financial problems and did not manage to attract the anticipated number of visitors. The exhibition and the related complex were demolished, but the Dome still exists and is part of The O2. It cost £789 million or £1.23 billion in 2017 pounds and critics had no mercy for it:

“At worst it is a millennial metaphor for the twentieth century. An age in which all things, like the Dome itself, became disposable. […]What more cynical monument can there be for this totalitarian cocksure fragile age than a vast temporary plastic bowl, erected from the aggregate contribution of the poor through the National Lottery. Despite the spin, it remains a massive pantheon to the human ego, the Ozymandias of its time.” (Bob Marshall-Andrews MP, Sunday Times 1st February 1998).

Fun fact: The Dome was featured in the 1999 James Bond film The World Is Not Enough – a chase sequence culminating in Bond’s rolling down the roof of the Dome. 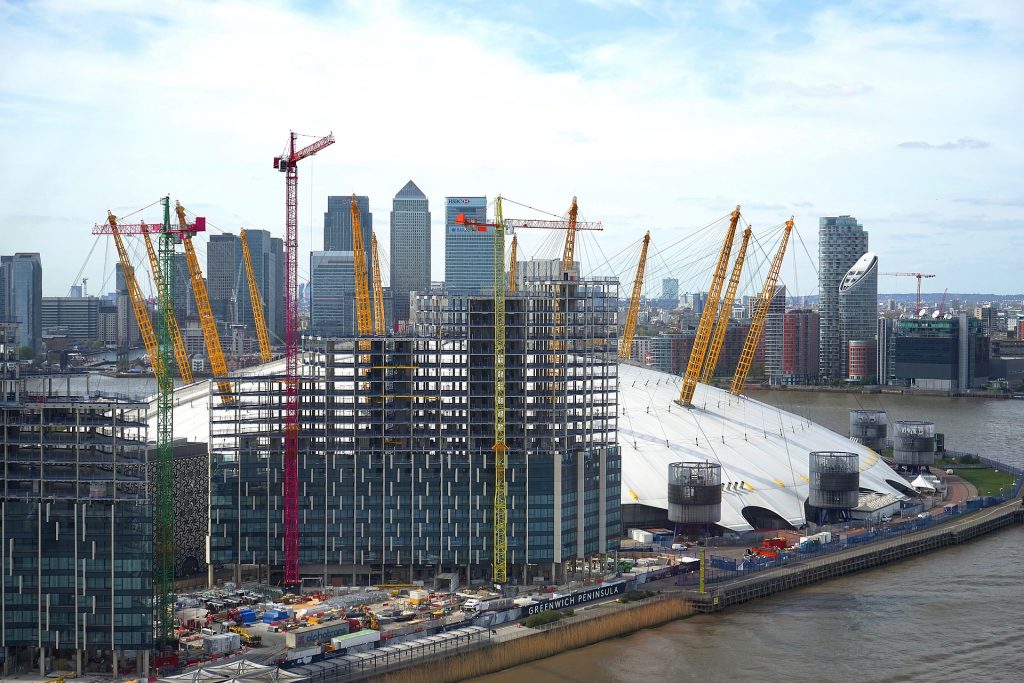 Although not created to celebrate the new millennium like the previous entries on our list, Tate Modern is also established in 2000 and has become one of the largest museums of modern and contemporary art in the world. Just like with other national galleries and museums of UK, you don’t need to pay an admission charge to view permanent exhibits – tickets only need to be purchased for temporary exhibitions. It received 5.25 million visitors in its first year, more than the double of the three existing Tate galleries in the previous year. The large number of visitors created the need for an expansion, which has been in preparation since 2014. The aim of the Tate director was to make Tate Modern a “truly twenty-first-century museum”.

Fun fact: The chimney of Tate Modern is 99 meters high, specifically built to be lower than the dome of nearby St Paul’s Cathedral at 114 m. 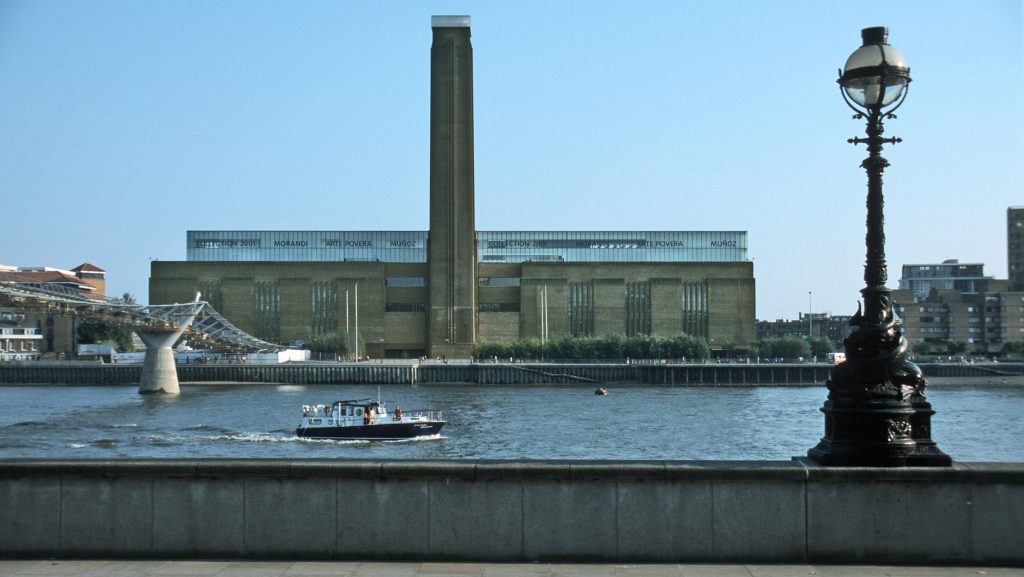 Which of these attractions have you visited and which impressed you the most?