“Sir, when a man is tired of London, he is tired of life; for there is in London all that life can afford.”

For some, travelling means lots of spending, while other people manage to see the world with just a few dollars in their pocket. Most tourists are somewhere in the middle – they try to save money but not compromise on their comfort and safety. When it comes to London, the capital of The United Kingdom is one of the most visited cities in the world, but also the most expensive city to travel. According to a Deutsche Bank study comparing 47 cities, London earned the first position due to its monthly travel card which costs around £135. So, transportation is expensive in this city, but how can you compensate for it? Here are some nice free things to do in the metropolis crossed by the Thames:

The great thing about London is that you can see world-class art or valuable exhibits for free. The most important museums do not charge any admission fees for their permanent collections as they are publicly-funded and administered by charities. You can actually spend one week seeing every day something different without spending a penny if you complete the following list: National Gallery, Science Museum, Natural History Museum, Tate Britain, National Portrait Gallery, Victoria and Albert Museum, and Saatchi Gallery. 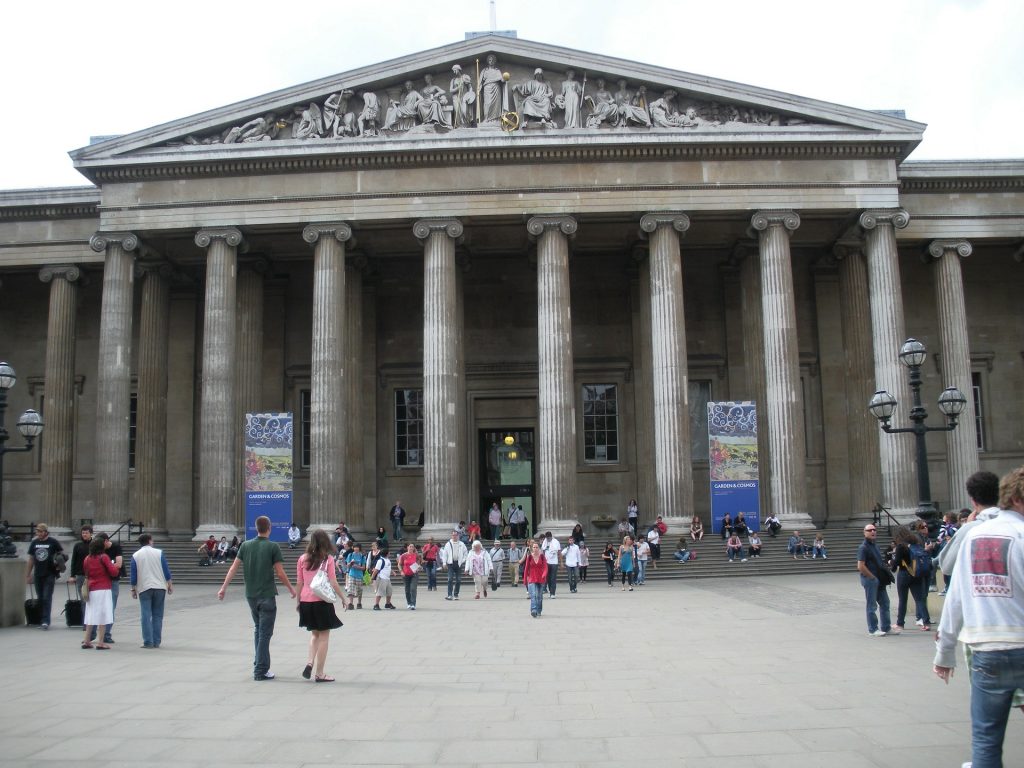 Walking around London and visiting its numerous parks doesn’t cost anything. Actually, 40% of Greater London is occupied by green areas, which by some criteria would classify the city as a forest! One of the most popular parks is Hyde Park, the largest one and part of the Royal Parks of London. It was established in 1536 by Henry VIII (yes, the one separating the Church of England from papal authority to have his first marriage annulled). For a century it served as a hunting ground and it has be opened to the public since 1637. A historical place you can visit in Hyde Park is Speaker’s Corner, which was established as a point of free speech and debate since 1872 and which has been the place of numerous protests throughout the years. 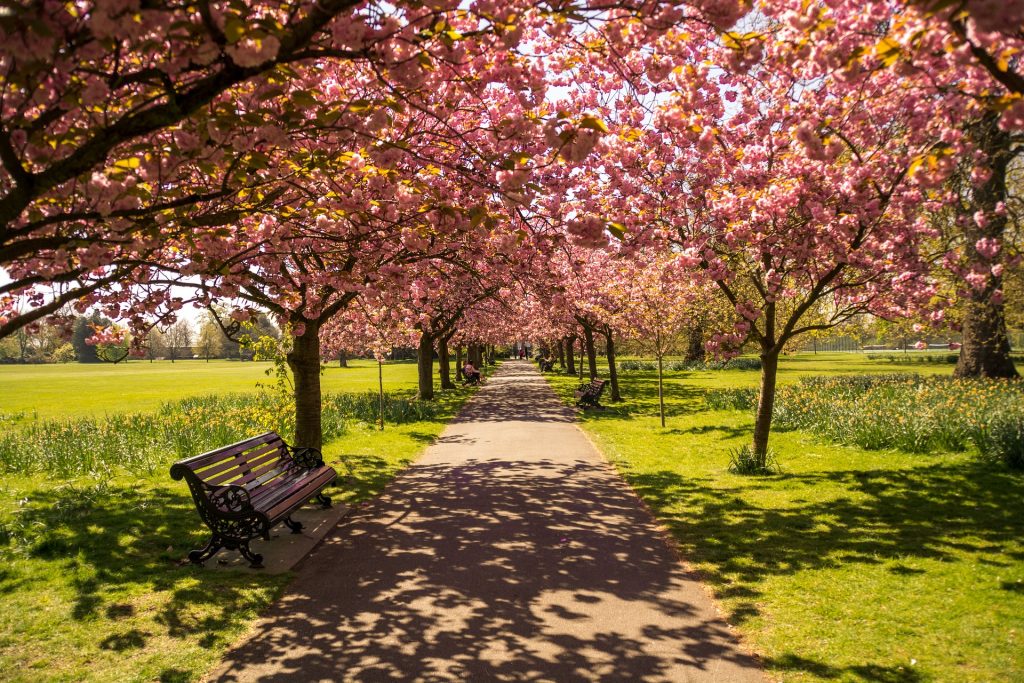 One of the best walks you will have in London will be along the banks of the River Thames. It traverses the heart of London and is populated with iconic buildings and monuments. There are 45 navigation locks along its course and it contains over 80 islands. The Thames supports a variety of wildlife and has multiple Sites of Special Scientific Interest. The most popular attractions you can admire on the banks of the River Thames are Tower Bridge, one of London’s most iconic landmarks, the Design Museum, Tate Modern, the OXO Tower (hosting a brasserie and restaurant), the The Southbank Centre, London Eye, and the most famous buildings in the UK: Big Ben, Westminster Abbey, and the Houses of Parliament. They are all within 5 minutes’ walk of each other and they are a great sighting even if you don’t visit all of them to avoid steep entry prices. 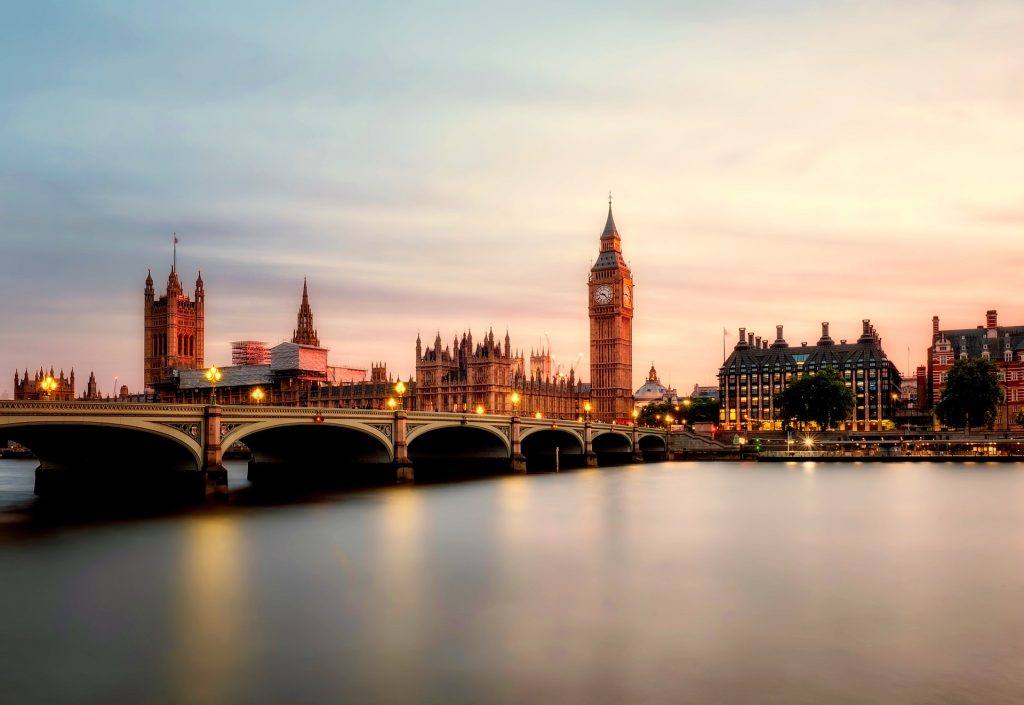 Free walking tours are available through sightseeing tour agencies, and they usually provide excellent guides and the best services. Many of these agencies attract clients with guaranteed departures, regardless of the weather conditions, and operate on a pay what you feel basis. Other tours are free of charge, but it is customary to tip your guide if you believe they have done a good job. Tours focus on different aspects, from main tourist attractions to food tours and street art and graffiti tours. 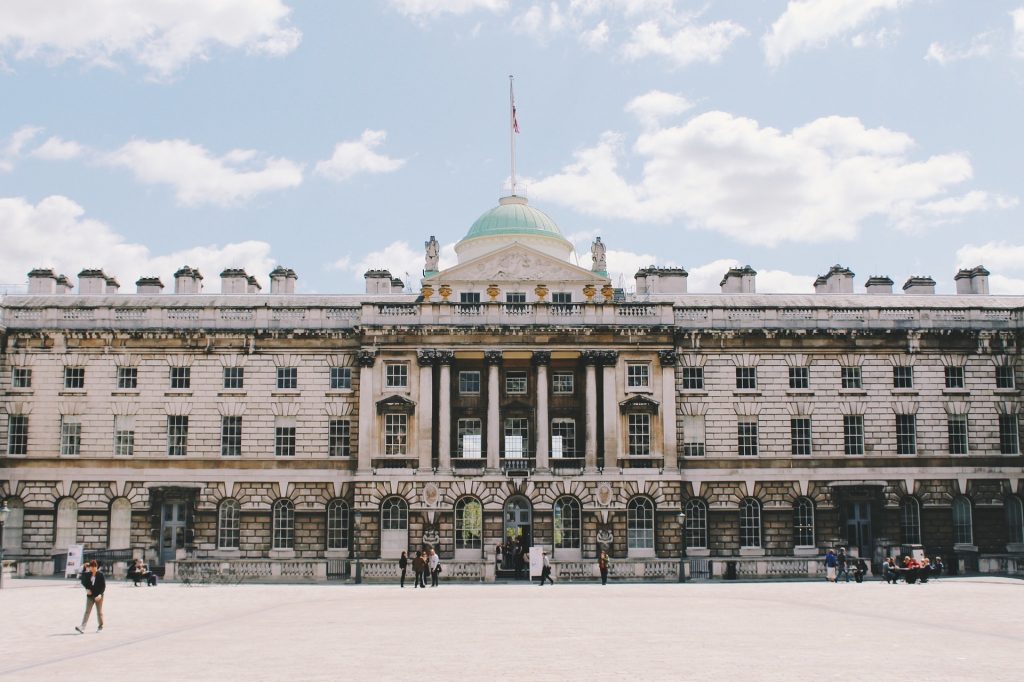 This is a riskier option, because in the midst of commerce you might be tempted to spend money. However, if you know yourself as a thrifty person, there are plenty of districts awaiting you to do some window-shopping: Covent Garden, a former fruit and vegetable market modified into a popular tourist spot; the Daunt Bookshop and other independent bookstores and second hand bookstores; the Portobello Street Market, containing several smaller markets; and Camden Market, a chain of interconnected retail markets comprising 1000 stalls. 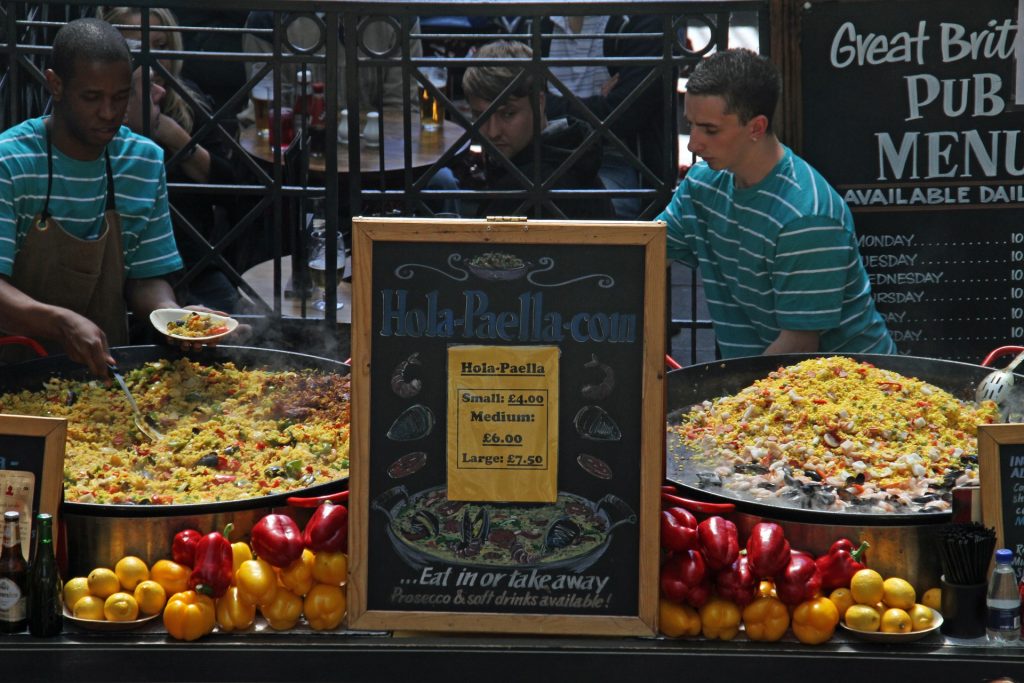 Music lovers can witness excellent performances of world-class musicians in London without spending any money. Some options you should consider are the lunchtime concerts at St Martin’s in the Fields (an Anglican church located on the northeastern corner of Trafalgar Square serving as a concert location for over 250 years); the Royal Opera House Free Recitals at Swiss Church (tickets are available on a first come first served basis on the day of the performance at the  Royal Opera House Box Office until 11 AM and at the Swiss Church after 12 PM);  and events at The Scoop, a large outdoor amphitheater dedicated to live entertainment shows on the south side of the River Thames – free events do not require tickets or prior booking. 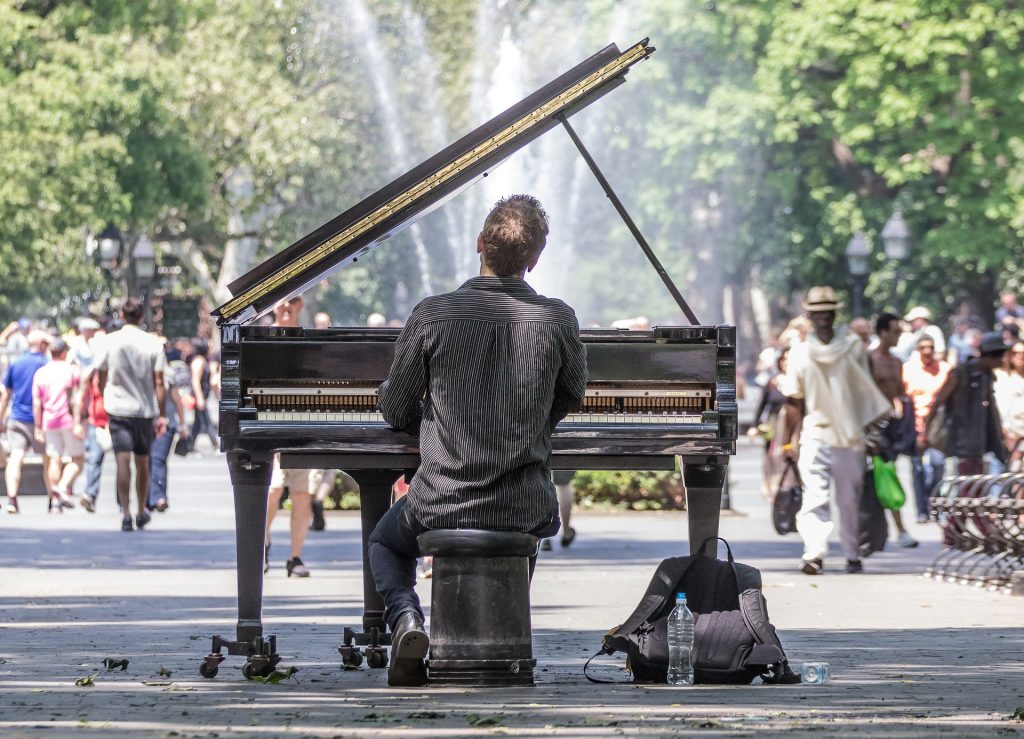 Buckingham Palace is the residence and administrative headquarters of the reigning monarch of the United Kingdom. It does cost money to enter Buckingham Palace, but watching the changing of guard ceremony is free of charge and quite memorable. The event takes place every day between 11:30 AM and 12:15 PM from April to July and on alternate days for the rest of the year depending on weather. There even is an app called Changing of the Guard at Buckingham Palace informing users on the schedule, which is subject to change by the British Army. It is a spectacle of British pageantry and it consists of one regiment taking over from another – a duty being carried since 1660. 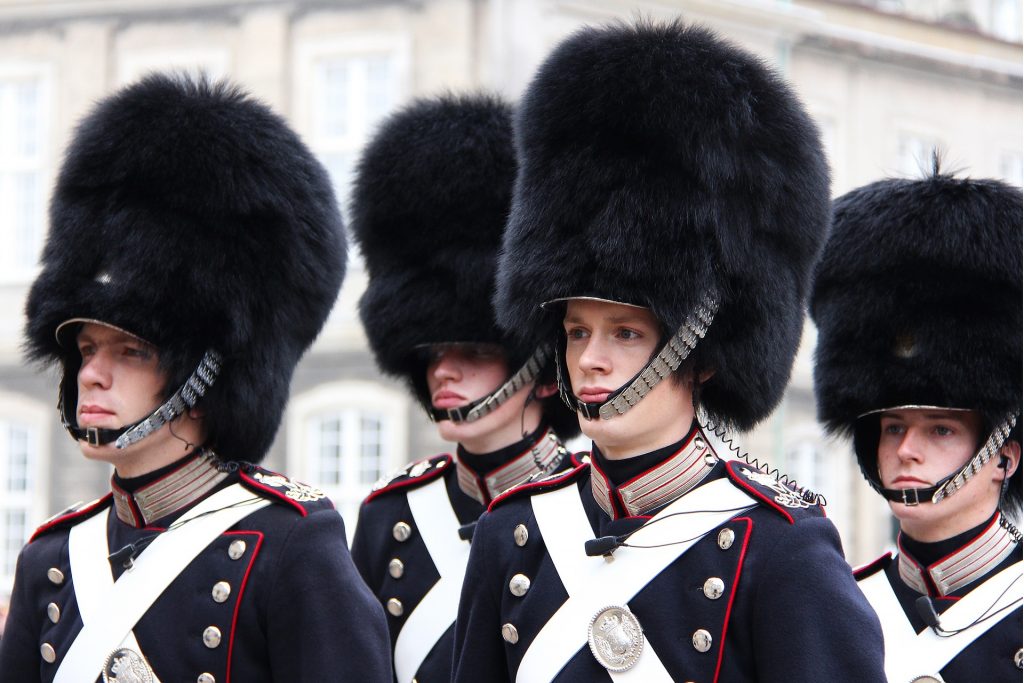 There you go – now you have free things to do in London for even a longer visit. Even though it is one of the most expensive cities in the world, you can get to know and admire London in style and within a limited budget, as long as you know what places and experiences to choose.