How To
/
History
/
Eurovision’s History in London

The Eurovision Song Contest is a fantastic way of uniting cultures through music. It offers a friendly chance for countries to take part against one another. All European Broadcasting Union members can enter a song to represent their home country.

But it may surprise people to know that the city of London has hosted the Eurovision song contest. Welcoming this historical tradition, London has been a venue for Eurovision four times. Starting in 1960, it then went on to host in 1963, 1968 and 1977.

In fact, Eurovision has become so popular in the U.K. and London in particular that there is an annual Eurovision party hosted every year before the finals of the contest. If you want to learn more about this and maybe even attend one year, you can check out the official London Eurovision party website. 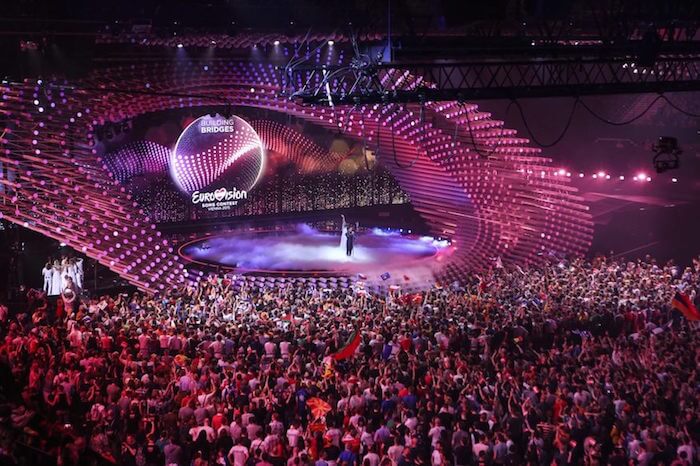 As for now, here’s a brief run-down of London’s own history with Eurovision. This includes all the times that it has been hosted in the capital how well the British entry has done in its homeland. 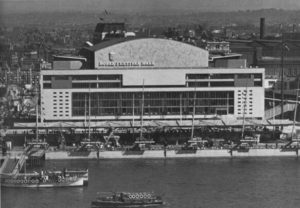 Set on the Victoria Embankment, this post-war modernist building was home to the Eurovision song contest for the first time in London.

On the 29th of March 1960, the winning country of France was crowned winners. Their contestant was Jacqueline Boyer, singing the song titled Tom Pillibi. At the time, this French teenager was the youngest artist to win the contest finishing with 32 points.

The UK’s entry this year also did very well. So well, in fact, that they came in a respectable second place!

Johnson’s entry was written and composed by John Watson. His song was titled Looking High, High, High. Johnson delivered Britain’s highest Eurovision placing; that was until the 1967 contest.

Located in Greater London, this prestigious building homed television headquarters for five decades. This was London’s venue for the 1963 Eurovision Song Contest.

Held on the 23rd of March, Denmark took the coveted crown. This was their country’s first ever win and performed by a husband and wife duo. Grethe and Jorgen Ingmann sang the song titled Dansevise. In English, this translated as I Loved you. This entry won them a high score of 42 points.

The UK entry for this year didn’t do too badly. Coming in fourth place, it received 28 points. UK singer Ronnie Carroll was a massive hit with his song titled Say Wonderful Things.

This song was written by Norman Newell and composed by Philip Green. Carroll had also represented the UK the previous year.

Taking place for the third time in London, the 6th of April 1968 saw The Royal Albert Hall play host to Eurovision.

The splendid, distinctive, and most treasured UK building also signalled a change. This was where the contest was broadcast on TV for the first time in colour!

This year the award went to Spain for their first time with 29 points. Their wonderfully named song was titled La, la, la. Performed by the artist Massiel, this was later released in English as He Gives Me Love.

One of the closest of competitions, Spain beat the UK this time by a mere one point!

Second place for a well-known tune, Cliff Richard sang Congratulations. Written by Bill Martin and Phil Coulter, this became a hit in the UK and throughout Europe.

The 1968 Eurovision Song Contest was the last time that Spain took home the title! The Eurovision lovers in Spain will be hoping that their entry Miki can come out on top.

The last time London hosted Eurovision, the location was Wembley Park. A modern multipurpose conference centre, it welcomed Eurovision on 7th of May 1977.

Once again, France took the winning title, with their entry from singer Marie Myriam. Her song was L’oiseau et l’enfant, which received a staggering 136 points. Translated into English as The Bird and The Child, this was France’s fifth victory.

Mirroring the 1968 result, the UK entry here once again came in second place! Gaining a credible 121 points, this time it was a song titled Rock Bottom.

More noticeable about this entry was that it was written, composed and then performed by the same duo. Mike Moran and Lynsey de Paul made history as the first singer/songwriters to represent the UK at Eurovision.

Undeniably, London’s hosting of Eurovision has been nothing but eventful each time! The city has warmly welcomed Eurovision each time into some of the most renown of UK venues.

Further afield, Birmingham, Edinburgh, Brighton, and Harrogate have also hosted the festivities. Each time, though not winning top place, the UK entry has continued to do the country proud.