How To
/
History
/
Life Overview of Sir William Henry Perkins

On 2nd March 1838, William Perkin a famous man in history was born in London, England. His birth occurred almost 3 months before the crowning of Queen Victoria on 28th June 1838. He was the second son and the youngest of George Fowler Perkin and Sarah Perkin’s children. His father was a successful carpenter and builder. As such, Perkin’s family was considered as one of the wealthiest in a rather disreputable neighborhood (Shadwell) in East End London. 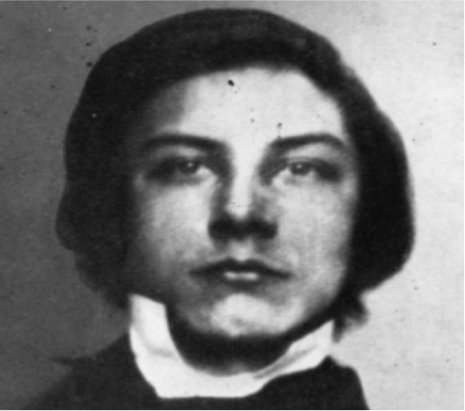 William first schooled at Private Arbour Terrace School that was just a few hundred yards near his home. As a boy, he showed great interest in sciences, photography, engineering, and arts. Talents in photography, painting drawing, and playing musical instruments were evident during his early school days.

Before attaining the age of 14, he started to encounter situations that designed his destiny. As he was busy using his drawing skills, he observed a friend performing crystals and crystallization chemistry experiments. The performance was impressive to the point that it agitated him to have interests in chemistry.

At the age of 14, he was sent to the City of London School (a school close to home) located near St. Paul’s Cathedral. While at the institution, Thomas Hall, encouraged him to pursue chemistry. As Perkin’s teacher, he inspired him to attend many of Michael Faraday (an eminent scientist) lectures at the institution that further increased his enthusiasm. Even when his father wanted him to study architecture, Perkin’s interest in chemistry became unshakable.

At 15, he decided to enroll at the Royal College of Chemistry to pursue his chemistry career. At that time, AW Hofmann, a famous German chemist headed the department. Within two years, Perkin’s scientific gifts became visible to a level where Hofmann decide to make him his youngest assistant.

An accidental discovery of mauveine

In 1856, the only viable medicine for malaria was quinine. The demand for this medicine surpassed supply as it was only obtained from the bark of the cinchona tree, which was majorly found in South America. It was when Hofmann proposed someone to generate synthesize quinine. 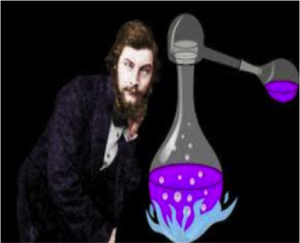 Perkin in 1856 decided to take up this challenge and began to work on developing quinine in his family’s home laboratory. He attempted to produce quinine from available and inexpensive coal tar waste product, aniline. However, his efforts were futile, and he generated a mysterious dark sludge instead of quinine. Due to his irrepressible confidence and enthusiasm towards quinine synthesis, he decided to investigate this substance even if he didn’t know quinine’s structure.

At various stages of the experiment, he decided to incorporate alcohol and potassium dichromate into the simple aniline compound and happened to stumble upon a deep purple solution. The mistake turned out to be a miracle.

Earlier on, dyes were manufactured from natural sources like Madder root, lichens, guano, mollusks, and bat. But, natural dyes would fade easily and were muddy in hue and fade quickly as well as those manufactured from snails were for the highest in society.

Perkin’s purple solution discovery turned out to be a major breakthrough as the world’s first synthetic dye. On realizing the significance of the discovery, he decided to apply for a patent and got it on 20th February 1857.

At the age of 18, Perkin decided to leave the Royal College of Chemistry and go to into manufacturing, even when Hofmann objected to it. Initially, he called it as Tyrian Purple, but, later referred it to as mauve. The Tyrian Purple produced from mollusks was expensive, so Perkins saw his discovery as a good substitute for it.

Perkin chose the cradle of the Industrial Revolution, England, as the place to jumpstart his manufacturing work. At that place, there were advances in textile production and the science of chemistry to the point that it influenced several industrial processes. The primary raw material for making the dye was abundant as it the by-product of coal gas and coke manufacturing.

Even with the invention of the dye, Perkin faced the challenge of producing adequate capital. The reason is that commercial dyers were quickly accepting it for dyeing cotton which created an increase in the public demand. He decided to request his father to provide him the adequate capital and later, partnered with, Thomas Dix Perkin, his brother to build a factory. With the establishment of Perkin & Sons, modern dye industry came into existence.

Flattered with the new color, Empress Eugenie of France decided to give the company an unexpected commercial boost. Specifically, all the fashionable ladies of France were adorned with mauve. Queen Victoria in Britain also chose to wear a mauve gown in public popularizing it all around England. After that the dye became popular, and Perkin was able to grow rich through the company. A lot of new aniline dyes were formed and factories that produced emerged all across Europe.

Even after his first discovery, Perkin decided to continue active research. He was able to develop aniline black, alkalate magenta and aniline red between 1859 and 1864. Other lines, the Perkin’s Green and Britannia Violet were produced in the late 1860s. He even helped Carl Liebermann and Carl Graebe synthesize alizarin.

In 1874, he attained the age of 36 and decided to retire from his chemical manufacturing business through selling Spiller, Simpson, and Brooke.

Perkin’s synthetic dye discoveries contributed to medical research in the identification of anthrax, cholera, and tuberculosis bacilli. After his retirement, he came up with the “Perkin synthesis” technique used to create fragrances and synthetic perfume.

He sat on various several scientific journals boards and got a lot of accolades including the Albert Medal of the Society of Arts, the Longstaff Medal of the Chemical Society, and the Royal Medal of the Royal Society. Even the United States was able to celebrate his discovery during his tour to the country. He shunned the limelight even with all the unprecedented innovations and accolades.

He later succumbed to pneumonia on July 14. The younger Perkin decided to follow the footsteps of his father to become a chemistry professor at the Edinburgh’s Heriot-Watt College and Manchester’s Owens College winning a Davy Medal.