You don’t have to be a keen football fan to have heard of the rivalry facing several football clubs. In London especially, with some of the most spectacular teams on the planet, nowhere is this rivalry more prominent!

Home to some of the most talented players worldwide in the sport, Arsenal, Chelsea, Tottenham, West Ham, and Millwall are just some of the clubs who find themselves encountering club rivalry.

Arguably the biggest London derby of them all, Arsenal against Tottenham is always one of the most heated affairs in the premier league season. This derby stems back to when Arsenal made the decision in 1913 to locate their grounds just a mere four miles down the road from Tottenham, local rivalry reared its head.

The teams did, however, go on to play against one another for many more years peacefully until a battle began over first division placing. Tottenham believed Arsenal had undertaken shady dealings to become top of the league.

A sense of bitterness followed and developed at each subsequent match, with a rivalry that has continued to pursue both teams to this very day. In the 2018/19 season Arsenal vs Tottenham got extremely heated, Eric Dier ran over to the Arsenal fans with his finger pressed against his lips when equalising to make it 2-2. Arsenal eventually went on to win that match 4-2, so the Arsenal fans were the ones celebrating. All football fans know that the North London derby isn’t one to be missed. 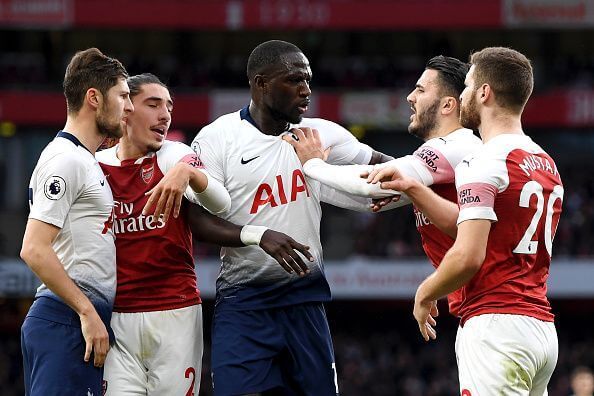 Perhaps one of the worst club rivalries of all, these two London football clubs can trace their conflict back to 1926.

With both Millwall and West Ham fans working on either side of the London Docks, the animosity between them kicked off during the Dockers Strike and even continued through to gangland war in the sixties!

Then, in the eighties, crews were formed on either side, and physical confrontation became the norm. Unfortunately, 2009 witnessed some of the worst football violence seen here in UK football.

The rivalry between these two teams is so big that there was even a film created based on their brawls. It is called Green Street and launched in 2005, featuring famous actors Elijah Wood and Charlie Hunnam.

This rivalry stemmed from fans grievances, with much of it beginning in the late sixties. Though neither Chelsea nor Tottenham football club considered themselves rivals, since the FA Cup final at that time, consequent matches drew larger than average attendance, resulting in many a violent clash between opposing supporters.

However, the rivalry here has at times taken a turn for the worst with many a fight spilling out further afield, and at one point even between the players themselves on the pitch.

Another Chelsea rival is that of West Ham. This time the rivalry stems from many club decisions. That is, signing, or poaching as some West Ham fans see it, of the most notable players by Chelsea!

With senior figures involved in each transfer, some of these signings have also fuelled grievances of initial lousy play at West Ham but fantastic performances once at Chelsea.

This London derby is also referred to as an East-West club rivalry throughout but tends to be obvious more in pitch taunts than anywhere else.

Yet again, another rivalry football club of Chelsea is Arsenal. However, this division is more about both clubs being two of the most successful and indeed most prominent in the city, rather than specific disputes.

More so, as both have become big winning clubs over the years, both against other teams and indeed each other, such rivalry has merely meant increased attendance each time these giants face one another. This rivalry got much fiercer during the years where Mourinho was at Chelsea’s helm and Arsene Wenger was Arsenal’s manager. Years later, Mourinho came out to the press saying that he regretted these spats with Wenger.

The rivalry of Arsenal and Chelsea still lives on even after these two managers. We can’t wait to see who will be the top London team this year in the Premier League. Will it be Tot 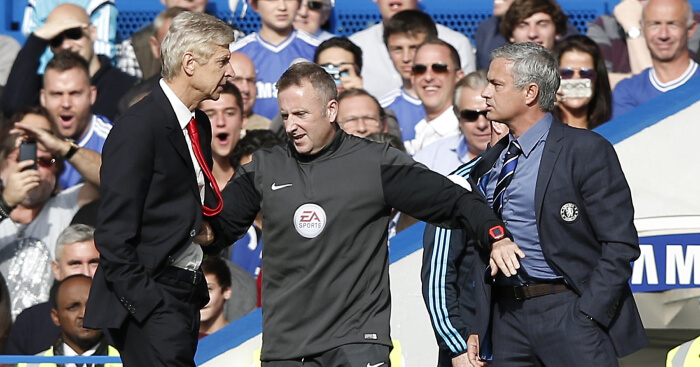 We can’t wait to see who will be the top London team this year in the Premier League. Will it be Tottenham in their new ground or will Arsenal manage to climb back into those important Champions League positions. Frank Lampard being back at Chelsea will also be another massive talking point at the start of the new season!