How To
/
History
/
Weird London: 4 Unmissable Attractions to See for Those Who Love the Strange 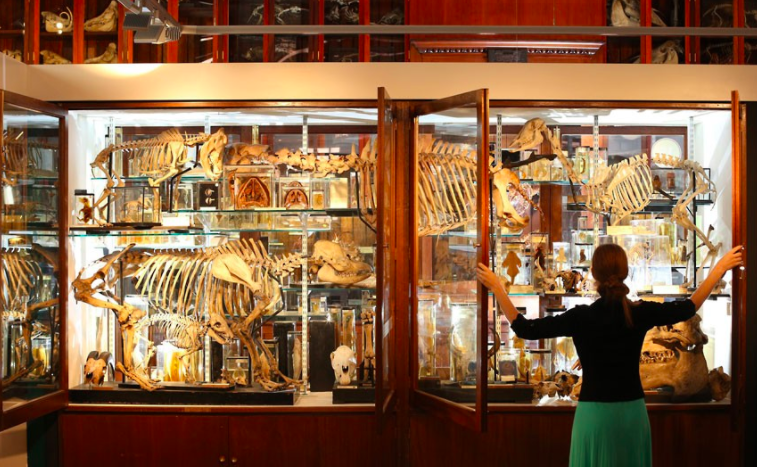 The City of London, known worldwide for its unique blend of modernity and old-world charm, is home to some of the most iconic sights in the world.

London Bridge, Big Ben and Westminster Abbey are instantly recognisable to travellers everywhere, but there is a stranger, quieter side of London for those who have a taste for the unique, the unusual, and the path less taken.

In this post, we’ll explore some of the lesser-known, but equally amazing, attractions you can find in the grand City of London.

1. The Head of Jeremy Bentham

Jeremy Bentham, respected as the pioneer of the philosophical school of utilitarianism as we recognise it today, was a thinker well ahead of his time.

Many of his political views, as well as the focal points of his activism, focused around issues that many would recognise as progressive in the present day.

He fiercely opposed the social conservatism of the 18th and early 19th centuries, arguing for women’s suffrage, animal rights, social freedom for sexual minorities, and the removal of slavery as an institution outright.

When he passed away in the early 1800s, Jeremy Bentham requested that his body be donated to further medical science and later to become an “auto-icon,” a piece of art that would involve preserving and displaying his body.

His wishes were carried out in full, allowing visitors to the University College of London to see the fascinating (and disturbing) likeness of the late philosopher.

2. The Grant Museum of Zoology

After you’ve seen the wax-dipped head of Jeremy Bentham, you should take the time to visit the Grant Museum of Zoology and Comparative Anatomy, which is also located on the UCL campus.

Supremely educational, the Grant Museum of Zoology manages to appeal to multiple niche interests at once; those who are interested in history, zoology, anthropology, taxidermy, and biology will all find more than enough to sate their curiosity.

The Grant Museum is home to the bones, bodies, and recreations of thousands of specimens, some of which cannot be seen anywhere else in the world.

One of the rarest creatures on display at the Museum is the enormous skull of the Irish Elk, a cervid whose antlers could reach greater than 3.5 meters in width.

Now located at the corner of Commercial and Fournier street, the Ten Bells has existed in some form since the 1700s. Locals know it not simply for its beer and atmosphere but rather because of its grim past.

Two of the most well-known victims of none other than the infamous Jack the Ripper were tied to the Ten Bells, making it one of the few ties between his victims outside of their gender and professions.

The Ten Bells is still an active pub, having had its interior restored to its Victorian stylings in 2010. The Ten Bells originally stood a few meters down the road, at 12 Red Lion Street, but, interestingly, was relocated in totality when the block was set to be demolished. The relocation of the pub building turned out to be an act of foresight, as the building was later designated as a site of historical relevance in the early 1970s. 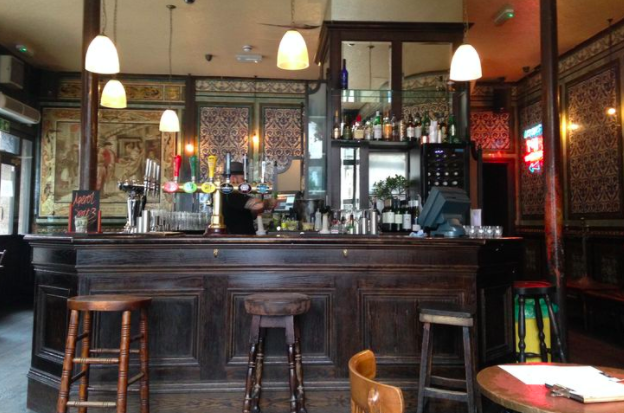 Annie Chapman, one of the “canonical five” victims of Jack the Ripper, is believed to have bought from the pub shortly before her murder, which happened in the early morning amidst a well-populated residential block.

She had been seen by neighbours who knew her just minutes before her death.

Mary Jane Kelly, another one of the canonical five, frequented the pub. She worked as a prostitute and met with or picked up many of her clients at the Ten Bells.

On the night of her murder, multiple individuals who lived in her building were disturbed by cries of “murder!” in the night, but none followed up immediately, claiming that it was commonplace for such alarms to be raised in the neighbourhood at the time.

One of those who heard the cries left their home within two hours of the scream to visit the Ten Bells for a morning drink.

Reportedly, they saw nothing at all to indicate anything was amiss. Kelly was discovered a few hours later by her rent collector.

Her body was one of the most horrifically mangled.

With both victims being so tied to the Ten Bells, the pub maintains an air of mystery and suspense, and many with an interest in history and historical crime are likely to find the place particularly enjoyable.

Sometimes referred to as London’s “lost” river, the Fleet River was once a natural tributary of the Thames. As London’s population expanded over the centuries, the Fleet River became polluted, clogged, and diverted in many areas.

Following the Great Fire of London, an attempt was made to reinvigorate the river into a grand canal. This attempt failed piteously, resulting in the Fleet River being known more as an open sewer than a meaningful commercial canal.

Throughout the early 1700s to the late 1800s, the Fleet River Canal was bricked over and sealed off, falling into historical obscurity until 1999.

Accessing the incredible, underground Fleet River is no small task; it should not be attempted by the faint of heart or the unprepared. However, successfully expeditions have revealed pristinely preserved Victorian architecture expanding out beneath the streets of London.

The canal is remarkably expansive, but it remains almost entirely hidden from the awareness of much of London’s inhabitants and visitors.

However, according to Atlas Obscura, a source of first-hand information on the River, the Fleet River can be heard through old sewer grates in a number of locations throughout the city.

For those who love the unknown and the unseen, one of these four London oddities may prove to make the visit of a lifetime.

Though none are traditional tourist-fare by any means, curious travellers who do make the journey to one of these four sites are likely to find themselves confronted with unmatched slices of London history.